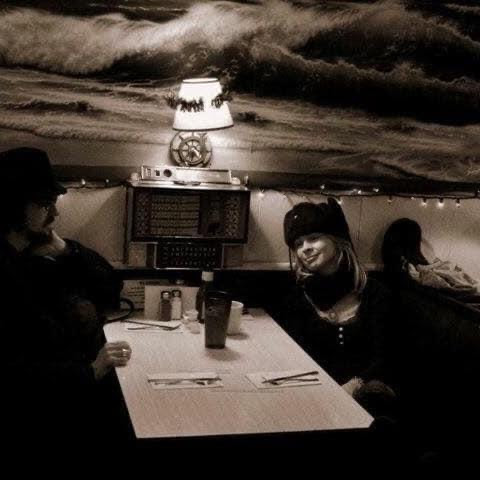 Remember when I used to write letters? Long rambling affairs replete with gentle reminders right out of the gate that if you know me, it might be a good idea to prepare a favorite beverage, find a familiar easy chair, settle in?

I believe it might have been C.S. Lewis who said that writing a letter was a way of enjoying solitude and good company simultaneously.

Our friend Barry Moser is a prolific renaissance man. He’s a disciplined craftsman and a gifted artist who has gotten so much done in a lifetime, it’s hard to comprehend. (He still teaches at Smith College, still leans into the harness of meaningful work.) Barry is a wonderful writer and raconteur (eloquent, hilarious, irreverent) and of course has kept a journal for many decades. But here is the thing he recently revealed: the journal is almost entirely epistolary. Barry just writes several letters a day to friends of all sorts far and wide, and then puts copies of those letters in his journal. It’s everything anyone would ever need to know.

The thing about writing is it’s a lonely affair. If you’re going to make it your life’s work, sooner or later you have to learn to enjoy your own company. But again, if you’re writing a letter, you’re not entirely alone. There’s somebody waiting on the other end, the subtle invitation of a back road mailbox with the flag down.

So who knows, maybe this morning we’ll fumble together toward that treasure of treasures — a real conversation.

(A good editor would call everything that just happened above “throat clearing…” I haven’t even gotten to the real writing yet, I’m just getting warmed up, letting you know that I hope I have something to say.)

Why am I less epistolary than I once was?

Is it because I started making pictures? You know that tired old adage, a picture is worth a thousand words? Well, if I snap several photographs a day, you do the math.

My father passed away fourteen years ago, on the ides of March. One of my repetitive childhood memories is Dad walking through the door enthusing about a sunset unlike any he had ever seen, or a particularly dazzling autumn sugar maple, or a group of whitetail deer silhouetted in the dewy dawn, or some other world wonder he’d witnessed. And then he would say with great emphasis, If I’d only had a camera.

Well, with the arrival of the smart phone, I realized, I always had a camera. I began pointing it at things that caught my eye, usually the sky.

My friend Sandie recently tucked this astonishing line into a note to me: Thanks for the skies I see through your eyes.

I know every writer’s ear just twitched, like a wild rabbit who heard a twig snap in the brush nearby. But don’t touch that line, it’s mine. (If Karin hasn’t already stolen it.)

All of a sudden, I didn’t need to write letters so much. I could share a photo online, write a little something humorous, or maybe even offer an unedited morning poem-in-progress.

For example, I once shared a photo of an abandoned goldfinch nest filled with snow and wrote the following lines:

The fields lie fallow
Everything flown

My world’s an empty nest

I find I too
Must learn to rest
Awhile

As far as humorous asides online, I find I can usually get the job done most efficiently just by quoting my wife. For example:

Karin after opening a tin of Spanish sardines and making a stiff martini:

If this doesn’t kill me, I just died and went to heaven…

And I posted this dispatch from the road a few years ago:

Had a chance to tour the Musical Instrument Museum in Phoenix. A noteworthy exchange with my wife in the museum gift shop:

Karin: Look at that.

Linford: I do believe that is the jawbone of an ass.

Linford: Did we get a lot of rain last night?

Linford: Wow, I slept right through it. Didn’t wake up once — just like Jesus in the boat.

Karin: Well, you better be able to walk on water too then.

Sharing something pithy, or funny, or poetic scratches the writer’s itch, and the instant feedback for those of us with a lonely-by-nature vocation is like a pinprick of gratification right into the vein of the arm that used to hold a real pen.

I still can’t quite figure it all out. I think online connection has great potential for good. On the other hand, we all know there’s something kind of sticky and addictive about the online world. For something supposedly connective, it can be incredibly divisive. None of these thoughts are new.

Were we more comfortable being alone with our own thoughts? Staring out the window, holding our favorite mug of coffee, lingering in the stillness of a mercy made new every morning?

I decided this year that I was going to make some small changes. I’m reading more — books, with pages and dust jackets. (I should share some favorites soon.) And as I continue to write, maybe I’ll make room for more of these letters from nowhere.

For one thing, Spring is arriving in Ohio. Letters are good for discussing the weather. Almost anything that can be glimpsed out a window fits well into a letter. I saw the very first tree swallows arrive not long ago, hovering around one of the birdhouses my father built. They were so weightless in the air, oblivious to our news cycles, tuned into a deeper rhythm somewhere. A male bluebird flew across my path a few days ago and left a smear of unimaginable blue in the air, the tip of God’s paintbrush flashing once again, a momentary miracle. Write it down.

And so we come back to the only mission statement that matters to an artist: Keep going. You either do or you don’t.

Let everything happen to you. Beauty and terror. Just keep going. No feeling is final. (Rainer Maria Rilke)

Well, when I get about this far in the fourth page, my inner timer usually rings like the bell of my Dad’s old Smith Corona pica typewriter.

Make a little time with me after the quarantine, to set aside your lighted screen. See what subtle or surprising thing makes itself known.

May we all be surprised by small gifts found along the wild edges of the path forward, destination unknown. (Someone said recently that worrying amounts to praying for what we don’t want.)

We’re gonna be alright. You can close your eyes tonight. 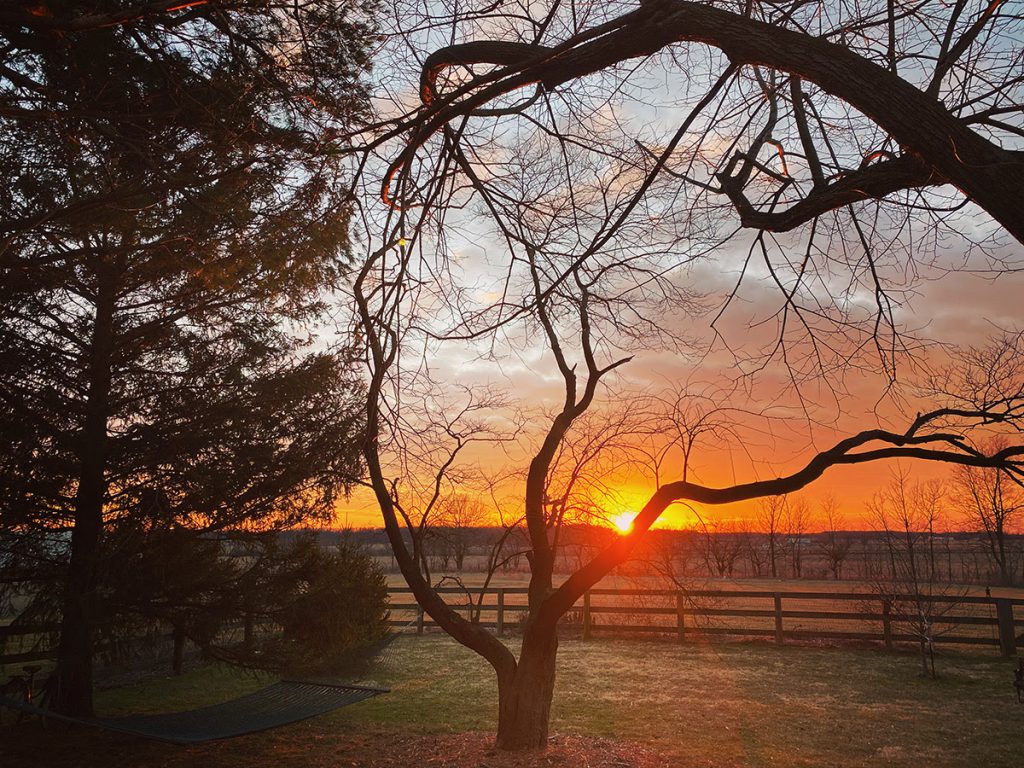